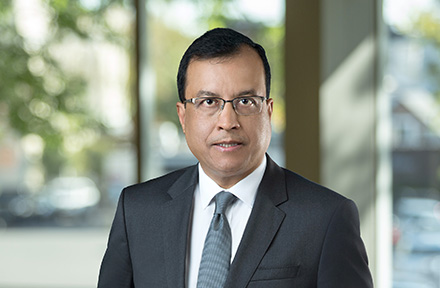 Mr. Khosla is based in Dubai and is focused on business development in the Middle East and Far East markets.

From 1996 to 2007, Mr. Khosla worked for HSBC in Dubai where he was responsible for the regional coverage and development of relationships for Corporate and Institutional Banking across a number of countries in the Middle East. From 1992 to 1996, he worked for Standard Chartered in Dubai having started his career at HSBC in Delhi.

Mr. Khosla received an M.B.A. from Wayne State University in 1985 and a Bachelor degree in Commerce from the University of Delhi in 1979. He is a Fellow Chartered Accountant from AF Ferguson.