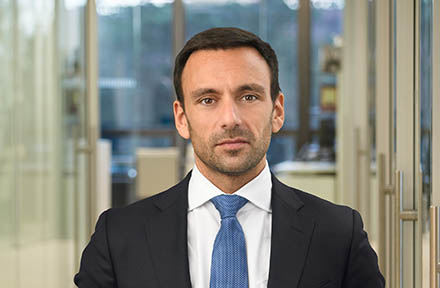 Mr. Roca is a member of the sourcing team with a focus on deal sourcing and bank and fund relationship management in Europe.

Prior to joining SVPGlobal in 2017, Mr. Roca was with BBVA since 2009 where he held various roles within the bank, mostly recently as Global Head of Loan Sales. Mr. Roca began his time at BBVA as a Vice President of Syndicated Loans located in Madrid covering the UK, Germany and the Northern EU. From 2006 to 2009, Mr. Roca was a Director of Corporate Loan Markets Origination at The Royal Bank of Scotland. Prior to that, David joined RBS Spain as an analyst in 2003 covering Real Estate and Construction companies.

He received BS in Economics from Universitat Pompeu Fabra in Barcelona in 2002.