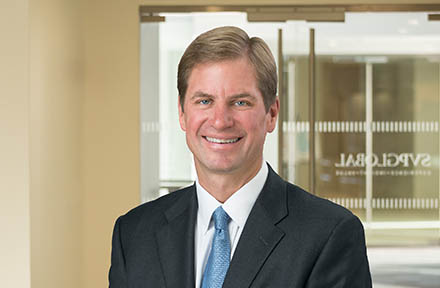 Mr Huffard, is a member of SVP funds’ Advisory Council and is primarily involved in furthering the North American franchise.

Mr. Huffard is a retired Senior Managing Director of The Blackstone Group, where he was employed from 1995 to 2014. Mr. Huffard was one of the leaders of Blackstone’s Restructuring and Reorganization Group, where he provided financial advisory services to companies and creditors in a wide range of situations. Among others, he worked on transactions including Patriot Coal and Tribune Co. and led Blackstone’s restructuring efforts in the shipping industry with deals such as ZIM Integrated Shipping and Excel Maritime.

Prior to Blackstone, Mr. Huffard worked at Hellmold Associates, Inc., a distressed investment and advisory firm, and in corporate finance at Smith, Barney, Harris Upham & Co. Mr. Huffard is also Chairman of the board of Vubiq Networks, Inc., a wireless broadband networking technology company and a member of the board at CORE Media Group.

He received an AB in Economics from Harvard College in 1985 and an MBA with a concentration in finance and accounting from the Kellogg Graduate School of Management at Northwestern University in 1992.