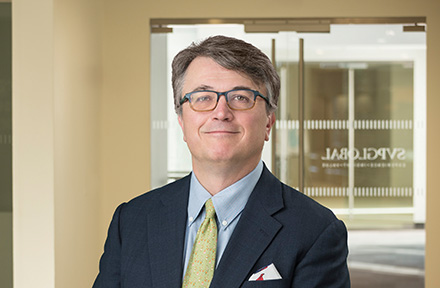 Mr. Puljic is a member of SVP funds’ Advisory Council and primarily involved in furthering the North American franchise.

His primary goal is to help broaden relationships with non-bank debt investors to augment SVPGlobal’s sourcing capabilities and help identify potential lenders to SVP portfolio companies. Mr. Puljic is a retired Partner of Oak Hill Advisors, where, from 2008 to 2016, he was a Portfolio Manager and Co-head of the Corporate Structured Products Group focusing on investments in CLOs. He also had primary responsibility for the creation of new Oak Hill CLO vehicles in both the US and Europe. In these capacities, he managed over $2 billion of CLO investments and was in charge of raising, structuring and placing over a dozen CLOs in both the US and Europe since 2011. From 2002 to 2008, Mr. Puljic was a Managing Director at Lehman Brothers Private Equity group where he founded and ran the Structured Products Investment Group.

Prior to this, Mr. Puljic was a Managing Director at Goldman Sachs for nearly ten years, where he held various roles in derivatives and structured products including Head of Fixed Income for Goldman Sachs Germany. He began his career at Morgan Stanley, Westpac and Lehman Brothers.