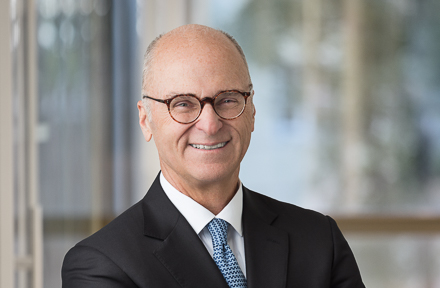 Mr. Johnson is a member of SVP funds’ Advisory Council and is primarily involved in furthering the North American franchise with a focus on real estate.

Mr. Johnson has more than 24 years of experience in the real estate investment arena and has held various executive positions during his time in the industry. He was the Managing Partner for Lakeshore Holdings, LLC, a real estate private equity firm and CEO of Black Creek Diversified Property Fund, the largest public NAV REIT in the United States. Mr. Johnson also served as Chief Investment Officer and Chairman of the Investment Committee at Equity Office Properties Trust (formerly NYSE: EOP) and its predecessors from 1990 to 1999 and from 2003 until EOP was acquired in 2007 by Blackstone Group for $39 billion. From 2000 to 2003, he was a founding Partner, Managing Director and Co-Head of U.S. Investments for Lehman Brothers’ first global real estate private equity fund, which raised $1.6 billion of equity.