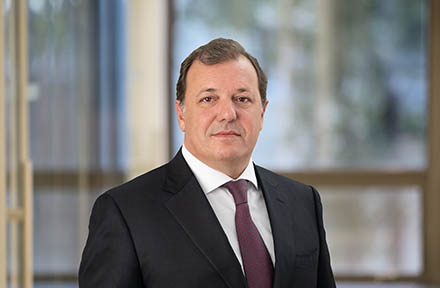 From 2013 to 2015, he served as Secretary of State of Economy as a Member of the XIX Constitutional Government of Portugal. Mr. Mathias founded Dunas Capital, an independent asset manager in 2010, which he sold in 2015. Prior to this, Mr. Mathias was a Managing Director at Schroders for ten years, where he held various positions covering both Spain and Portugal, served on the European Investment and Savings Product Development committee and served as a member of the board of directors of Schroders’ Alternative Funds in Luxembourg. He began his career at Banco Espirito Santo focused on Debt and Derivative investments.

Mr. Mathias received a BA in Business Administration and International Finance and Marketing from American University in 1988.