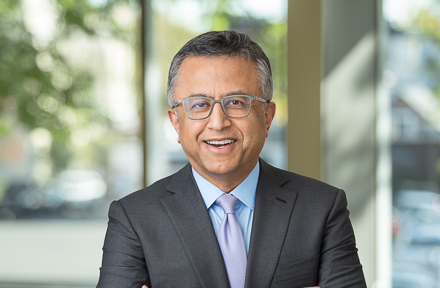 Mr. Khosla is Founder and Chief Investment Officer of Strategic Value Partners, LLC (SVP), a $17.2 billion global alternative investment firm, focused on distressed and deep value opportunities. He established SVP in 2001 and has built one of the leading firms in the business, with approximately 125 employees and offices in Greenwich, CT, London and Tokyo.

Mr. Khosla has a 32 year track record in distressed and private equity investments. Mr. Khosla started his career at Citibank (1989-1993) and subsequently built and managed one of the top distressed proprietary trading businesses at Merrill Lynch (1993-1998). At the time of his departure from Merrill Lynch, Mr. Khosla had investment authority for $2 billion in corporate and real estate investments and headed a team of 40 analysts and traders based in New York, Tokyo, London, and Hong Kong. After leaving Merrill Lynch, Mr. Khosla served as President of Cerberus Capital (1998-1999) and ran MooreSVP (1999-2002), a JV with Moore Capital, which focused on investing in Japanese distressed debt.